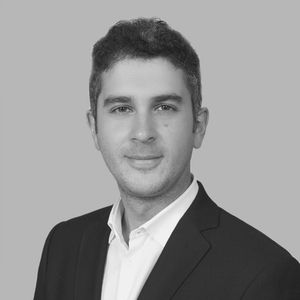 Alphan Telek graduated from Marmara University, Department of Political Science and International Relations (Eng.) with an honor degree. He received his master's degree from Ataturk Institute for Modern Turkish History at Boğaziçi University with his thesis on Iran and secularism.

Telek, who has a book titled “We Are All Precariat Now”, written on precarization and political/economic insecurities in Turkish society, expresses his views on Turkish politics at national and international meetings. Telek’s op-ed articles whose topics range from populism, anti-populist movements, authoritarianism and precariat to the youth were translated into Arabic, Polish, Greek and Spanish.

Since 2017, Telek has been providing content and insight to the Turkish media both as a producer and moderator, as well as an expert.

He served as the Director of Turkey at PS:EUROPE European Institute for Political and Social Studies, which was established in Austria in 2015. He is both one of the founders and currently the Director of Development Program in Istanbul Political Research Institute (IstanPol).