As Turkey’s foreign policy preferences have increasingly been an important part of the national and international agenda, the "Main Conflicts in Turkey's Foreign Policy" report was prepared for the first time last year as part of the Istanbul Political Research Institute’s (IstanPol) Foreign Policy Program. Based on ongoing disputes in which Turkey has been involved from past to present, the report focused on issues with Libya, Syria, Iraq, Nagorno-Karabakh, Ukraine, Greece, and Cyprus. The background of each dispute is discussed as well as the positions of the parties to the dispute. This included not only immediate parties to the dispute, but also relations with third parties that have been involved, such as the USA, the EU, and Russia.

In addition to developments in these cases since last year, this year’s report, which was published at the end of 2022, also briefly discusses Turkey's relations with Saudi Arabia, the United Arab Emirates, Israel, and Egypt. 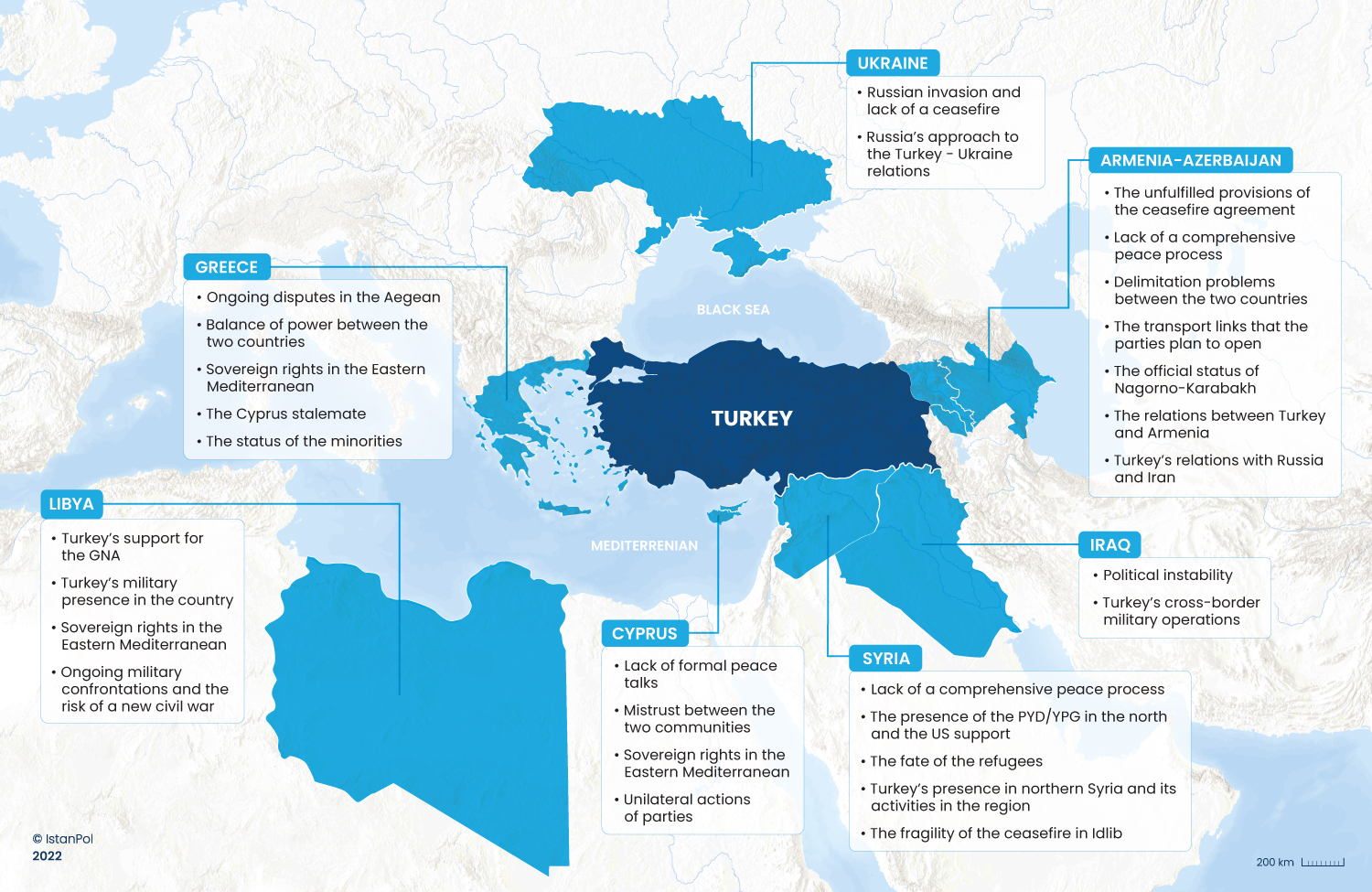 This report examines disputes in Turkey's foreign policy mainly based on official policies and discourses. The report will be regularly updated by addressing new problems and developments in areas of dispute in order to form an archive to the benefit of those interested in these issues. 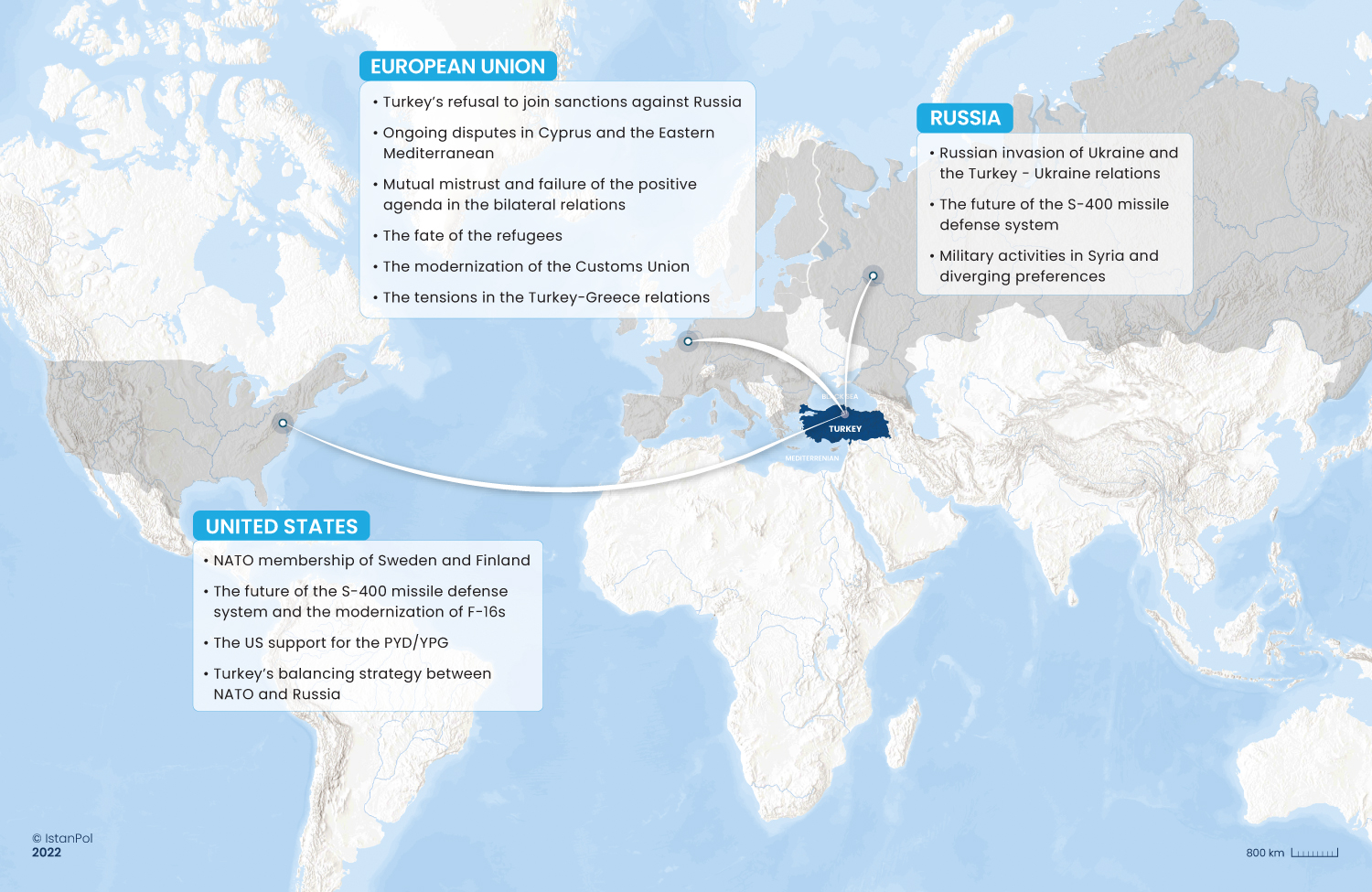 Considered together with other research conducted within IstanPol’s Foreign Policy Program and traditional perspectives such as how Turkish domestic policy reflects on foreign policy, transitions between domestic and foreign policy, and public opinion on foreign policy, it provides insights into the humanitarian, environmental, or gender-related aspects of topics as well. Based on all these studies, IstanPol held regular meetings during the year on areas of dispute along with in-depth research, analysis, and policy proposals that are prepared by experts in the field.

(You can access the full report above in PDF-format)